The moment you put your once-tiny baby into the bathtub, you know that you’re playing a brand-new ballgame. You’ve lost the ability to hold her with one arm while scrubbing her hair with the other; you can’t even use “mom-style brute force” to hold her in place long enough to clean her feet once she’s in the tub. A toddler has a mind of her own, and you’ll be fighting a losing battle trying to assert your dominance. You’ll need her cooperation in order to get her clean, and the way most people do that is by making ﻿﻿bathtime ﻿﻿fun – with bath toys.

Old favorites like squeaking rubber duckies and floating Mickey Mouses (Mickey Mice?) may hold your young one’s attention for a little while, but there are many cooler bath toys which will fascinate her long enough to make it through an entire bath peacefully. Some will even help her learn some important skills while you’re getting her clean.

It probably doesn’t need to be said, but we’ll say it anyway: we’re only including completely safe and non-toxic playthings on our list of the top 5 best bath toys for your toddler. Many have won awards from various parents’ or mommy’s organizations and all are intriguing options for your child’s bathtime. There’s one other important thing they all have in common: they’re all inexpensive yet well-made, so you can pick up several of them while not having to examine each one with a magnifying glass to ensure that they’ll be safe to throw into the tub with your most-precious possession.

Before going on our list, check out our comprehensive best bath toys buying guide here.

Here are our choices. Lots of bath toys (or toys in general) have a life span that can be measured in hours, or even in minutes; toddlers are notorious for being fascinated by, and then discarding, the toys their parents have spent days picking out for them. The Rub a Dub ﻿﻿﻿Water ﻿﻿﻿Flutes, however, will “grow” along with your child and keep her interested for many months or years.

The five flutes come arranged in a foam holder, but can also be removed to be played separately. You (or your child) dunk them into the tub to fill them with water, and depending on how much water is in each one, they play different notes when they’re blown. Each flute is designed to hit certain notes if the right amount of liquid is inside, but that’s certainly not a big deal for small toddlers who just love the fact that they’re “making music.” They’re also learning a bit of science, since they’ll discover that the notes produced by the flutes change with the volume of water inside each one.

Once the children are older, however, they’ll be more interested in getting the notes just right so they can play songs. That’s why we say the Rub a Dub flutes are a bath toy which will be around for a while; the set comes with a number of waterproof song sheets which can be stuck to the wall for older children to follow as they play. They won’t just be getting clean and making noise, but if they’re so inclined, they’ll also be starting to learning music – everything from “Mary Had a Little Lamb” to “Ode to Joy” from Beethoven’s Ninth Symphony.

We do have one important note about these flutes. If young toddlers fill the flutes up from the tub and then tip a flute back (in other words, raise one end up into the air), the dirty bath water can run down the flute and into their mouths. Keeping a separate basin of clean water right by the tub can take care of that issue, though, until the children are old enough to hold the instruments the proper way on their own. There’s also a more practical issue; once the flutes get wet and slippery, they can easily slip right out the foam holder and have to be played individually. That doesn’t make them any less fun for toddlers, but it would be nicer if they were held more firmly in place. Incidentally, the manufacturer says this bath toy is for ages 3+, but we’d guess that’s on the advice of their lawyers since toddlers love these flutes.

ALEX is a well-known manufacturer of popular children’s toys, and they obviously know what kids like – these flutes will be a hit in your bathtub. They’ve won awards from iParenting, Parents’ Magazine and NAPPA, too, so we aren’t the only ones who’ve been impressed by them. Just one tip: you may want to allocate a little more than the $10 you’d normally pay for the water flutes, to buy a set of earplugs for yourself. Toddlers are always developing all-important hand-eye coordination to some extent. You can help with the process by tossing these three colorful Tolo Toys fish into the bathtub and handing your child the 9-inch long fishing rod she’ll need to catch them.

The rod and fish are made from colorful plastic, with a magnetic (and adorable) worm hanging from the rod as the “bait” used to catch the fish by attaching to the small magnets in their mouths. The large-handled reel on the rod can then be turned by your toddler in order to reel the fish in. The fun starts even before the fishing, however, because as soon as the fish are submerged in the tub they’ll start “blowing” small bubbles. Younger children are delighted by the bubbles, and older ones can’t wait to grab their rod and go fishin’.

There are several developmental benefits connected with a toddler’s use of the toy. As we’ve mentioned, the fishing activity helps them develop and hone their coordination and dexterity. But the bubbling fish are also educational as they help children understand concepts like floating and sinking, and lets them figure out the reason that the fish produce bubbles after being submerged in water. When the novelty finally starts to wear off (and if you have the time to spare), regular fishing contests with your toddler can continue to make bathtime something she really looks forward to, rather than an ordeal. She may even find this toy fun to use outside of the tub, because the magnet on the rod will “catch” other magnetic objects as well.

The Funtime Fishing set is carefully constructed so there are no loose parts and the magnets won’t wear out, and the plastic is BPA-free. You may want to be sure to fully empty the fish after each use, though, because water can get caught inside and could eventually lead to mold growth. The set will cost you about $17. When we first saw this bath toy, we thought it might be too advanced for a young toddler. We were wrong. There are actually several levels of difficulty built into the Cup-O-Fun, and as your child grows older she can “graduate” to newer challenges.

This kit comes with a floating tray which serves as the base of a puzzle, four large floating puzzle pieces which fit together into the base, five floating foam pieces which can fit into the puzzle pieces, and four plastic nesting cups which not only fit into each other, but also into the puzzle in various spots. There are many different permutations of the ways these pieces can be put together, which your toddler will discover as she grows older.

Younger children can simply have fun stacking, filling and emptying the cups or positioning them to float on top of the puzzle base, or sticking the foam pieces to the wall, until they’re ready to start tackling the puzzle. Or they may prefer to have you do the stacking, so they can do the destroying.

All of the pieces are colorful, with cute pictures on them to help make sorting and puzzle-solving easier, and they’re safe while being large enough to not be a choking hazard. It does cost around $25, but the Cup-o-Fun is a versatile and fun toy which won’t be a “one-and-done” addition to your toddler’s bathtub. If you couldn’t tell by now, we really love the products made by ALEX Toys. However, this one comes with an important caveat which is why we decided to rank it lower on our list of the top 5 best bath toys for your toddler. Before you proudly hand this beautiful and inexpensive bath crayon to your child, check it on your bathtub by yourself. The markings come off most tubs with just a swipe of a washcloth, but on some older tubs or tile you may find yourself scrubbing like crazy to get rid of the crayon (although a Magic Eraser product often works well for that). Once you’ve determined that you won’t have to spend half-an-hour cleaning up a crayon mess after a bath, give it to your toddler – because she’ll love it.

Many people try tub crayons and then discard them quickly, finding that they break or sink to the bottom of the tub easily. The design of the Star Crayon is the perfect answer. It has six bright colors all smartly sitting around the sixes of a solid plastic star so it’s easy for toddlers to hold and color with, yet it won’t break apart. Kids can color to their hearts’ content on the tub, the bathroom tile or any other non-porous surface, even underwater, and you won’t be constantly taking broken crayons out of the tub or reaching down to find the one your child “lost.”

The ALEX Toys crayon costs less than $6, but you may want to buy a few at one time; they’re fairly small and don’t last for more than a few weeks of regular use. They can be messy, but toddlers find bath crayons a ton of fun and the Star Crayon is the easiest way for them to experience it. This one is for your very young toddler, and she’ll have a ball with it. There are four small cups that serve as the bottoms of the sea creatures (octopus, whale, crab and fish), and four heads that fit on top of them. Each is a different attractive color, and they’re all interchangeable so your child can create different “exotic creatures” with them. Be aware that the tops and bottoms don’t latch together, they only sit atop one another; they’re designed for the fun of making the different combinations and then changing them, and the hand-eye coordination benefits of doing that.

Grown-ups may want the two parts to snap together, but most kids don’t care about that. In fact, you’ll find that young toddlers often have the most fun with the cups themselves, because each one has different sized holes which let the water trickle out at different speeds. The cups and tops are soft and flexible plastic (BPA-free), and can easily be run through the dishwasher to make sure they’re nice and dry to prevent mold growth.

Once your toddler is 1½ or so, chances are good that the Boon Creatures will have worn out their welcome. But for only ten bucks or so, they’re an octopus, crab, fish and whale of a good time before she reaches that age. 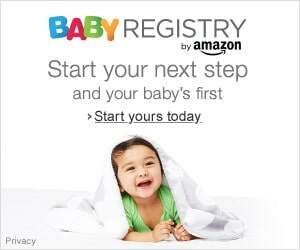 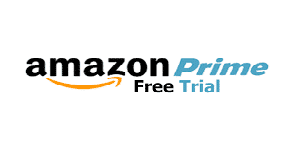